The Diversity vs. Salary Question

In the wake of our return from AAM’s annual meeting in St. Louis, we’ve thought a lot about the lily whiteness of the museum field. It’s a monumental problem, and to be fair, it’s a problem the field is working hard to solve. But salaries are also an issue, and here the field is far less aggressive, indeed it’s sometimes silent. And yet until we acknowledge how questions of diversity and salary are linked, neither will be solved, and we will live on as the profession best practiced by white young men and women with trust funds.

Leadership Matters is not the first to talk about the diversity/salary link. Many voices over the last five years have raised this question, not the least of which was Museum Workers Speak in its rogue meeting two years ago at AAM in Atlanta. But what floats to the surface from these speeches, panel discussions, tweets and blog posts is overwhelmingly about race, not salary.

Many museums’ origin stories belong to the oligarchs, whether male or female, who, often with the noblest of intentions, created collections for the rest of us. They are traditional, hierarchical organizations, and until about 25 years ago, led predominantly by traditional, white men burdened with more scholarly degrees than leadership experience. (If you need a 21st-century version of this story, look no further than the great, grand Metropolitan Museum. Inside a Met Director’s Shocking Exit.)

The worst cases of diversity-fixing have involved keeping everything the same, but strategically replacing a member of a museum’s leadership team with a person or persons of color. No one can object. The optics are right, and in many cases those hires actually made and continue to make change. And one assumes they were hired at better than average salaries, although we know, that if the person of color in question is a woman, her salary is likely to be almost 30-percent less than her white male colleagues. The Pollyanna in us can say something is better than nothing. At least she’s there. Small steps, blah, blah. Yes, but…..

At the staff level, where men and women with newly-minted graduate degrees compete for a ridiculously small number of jobs, many with poor to pathetic salaries, things don’t change. (Panera Bread pays its shift supervisors $11.48/hour and we’re pretty sure they don’t require an advanced degree.) And it’s here that race and class come face to face with a job sector that expects a master’s degree, maybe an internship or two, before offering a life-time of earning less than $50,000 annually. Why should a young woman of color invest in graduate school to then have to pay student loans while earning less than $15/hour with no benefits? Why should young women who want to combine parenthood with career, work for museums whose response to child bearing is “Use FMLA, and we’ll hold your job for you” or worse, “Our staff is under 50 people, so we don’t have to offer FMLA”?

Yes, we’ve been a too-white, sometimes biased field for too long. But built into too many museum’s workplace DNA is the idea that you are lucky to be there at all. This is the evil stepsister of Elizabeth Merritt’s Sacrifice Measure. There, she defined a culture where predominantly white, well-educated wanna-be museum staff were willing to live with too many roommates, and skimp on their daily lattes in order to work in the rarified atmosphere of museums and cultural organizations. But how about the museums that exploit that desire? Who in action and deed tell emerging professionals you only need to sacrifice for a decade or more and then your median salary will be $48,000. Really?

If you taught public school, worked in a public library, which also require a master’s degree, your salary would be transparent and your national organization–the American Library Association or your teachers union might take a stand about what salary was appropriate for a masters degree holding person with some experience. We could be wrong, but we have trouble imagining a municipal library saying “We’re non-profit, so we can’t pay that much.” You could envision the ladder you might climb, and it wouldn’t involve hopping from part-time work, to a grant-funded position before finally reaching a full-time position. Don’t get us wrong. We’re not suggesting that other fields are nirvana, but until the museum field–from the top–AAM, AASLH, museum thought leaders and board members– tackles this problem we will be a field easiest occupied by those with high-earning partners or trust funds. That does not make for a diverse workforce.

Do Museum Staff Work for Intangibles? 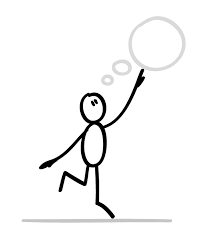 Last week the Center for the Future of Museums (CFM) blog wrote about the museum workplace. Specifically their Tuesday post takes on the issue of   Volunteers and Museum Labor. The piece begins by referencing two earlier posts also about the museum workplace: What Is the Fair Market Value of a Museum Job? and the truly original Museum Sacrifice Measure. As a result, I re-read these two earlier posts.

I almost didn’t respond. We write about the museum workplace a lot here, and more specifically about museum workers, gender, and pay.  But I couldn’t stop thinking about these posts, particularly the one titled “What is the Fair Market Value of a Museum Job?” Here is what I struggled with: First, CFM asks “…why some people are happy with the sacrifice they made (lower pay) to work in a museum, while others aren’t, and in a bigger sense, what constitutes a fair wage for museum work?”

My question: How do you know who is happy? If you look at Joyful Museums, you discover that its creator actually tried to figure out whether museum folk are happy or not, and more importantly, why. Joyful Museums 2014 survey reveals that 88-percent of respondents defined work happiness as either engaging with projects and tasks or enjoying working with co-workers. Among the most happy were the Millennials and the Boomers. When respondents were asked how work culture (and remember this is museum work culture) could be improved, the list is long, but the majority believe they are not getting paid what they’re worth.

CFM writes, “I suspect many people in these roles went into museum work with a vision of the job based museum norms that were anointed as “norms” decades ago. Or they believed in a semi-mythical version of museum work that was compelling and attractive but never entirely true.” And yet according to Joyful Museums, it’s the Boomers who are by and large, happy. We suggest that it is the world that’s changed and museum workplaces have failed to keep up. It seems a dated notion on CFM’s part to think of museums solely as stewards of collections where people work and not workplaces where culture is cared for and interpreted.

CFM suggests fair market value is “is the compensation (cash + intangibles) an employer and a job applicant agree on when both parties are knowledgeable, willing and unpressured.” So if you’re job fails to offer either cash or intangibles it lacks fair market value? The museum world isn’t known as a high-paid paradise. A look at AAM’s salary survey confirms that. Does that mean if you’re poorly paid in comparison to the for profit world you make it up in intangibles? And what does that mean? We’re pretty sure it is not paid maternity/paternity leave,  excellent health care,  or on-site day care. CFM seems to believe that museum workers survive on psychological rewards–creativity, beauty, power, authority. Yet intangibles don’t pay off graduate school loans or write day care checks or car payments so that leaves us with a really dark view of museum workers. Seduced by beauty, history or scientific discovery, they took out loans, received the required degrees, and miracle of miracles found jobs where 88-percent of them say they’re happy.  And they’re living off fumes?

Here is what we think is missing with CFM’s argument: Museums are about meaning yet they remain traditional, hierarchical workplaces because we allow them to be that way. That isn’t the fault of the workers who have every right to enter the field with big dreams. But too often the beliefs we espouse in exhibition halls don’t extend to our offices. We collectively wring our hands about the lack of diversity in the field, but fail to examine long-standing hiring practices. Too many museum employees don’t make a living wage. And as the field reaches a tipping point between gender balanced and pink collar, we allow women to make significantly less than men. Our visiting public may dine on intangibles every day as it wanders galleries, zoos, and historic houses, but museum workers need an equitable, living wage coupled with adequate benefits. They’re smart enough to find the intangibles on their own.