← Is Calling for Their Death the Path to Fixing Museums?: A Leadership Agenda 2021
Congressman John Lewis, Courage, and Speaking Out →

A Speech We Wish We’d Given, A Speech for All Women 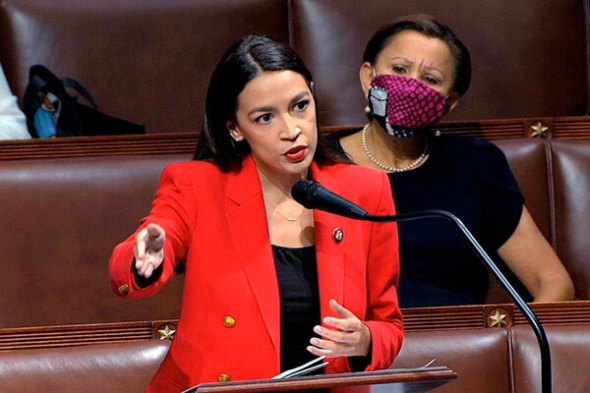 This week Representative Alexandria Ocasio-Cortez made a speech in Congress many of us wish we’d made rather than fretting alone in our cars or the women’s room. She said what so many of us want to say, only better. Ocasio-Cortez is member of Congress so we expect her to be collected, measured and smart and she was, but she included all of us, speaking for any woman who’s ever been diminished, trash talked, or on the receiving end of harassing words from a man, because to quote her, “all of us have had to deal with this in some form, some way, some shape at some point in our lives.” Ocasio-Cortez was responding to remarks, and then a subsequent public apology, by Congressman Ted Yoho.  He called her a f***ing b**** on the Capitol steps where Yoho’s remark was overheard by a reporter.

So if you’re still working in the museum world and not among the formerly employed, and you identify as a woman, what do you do when this kind of gendered anger comes your way? As we’ve said, the museum world is still hierarchical, patriarchal, and traditional. In cultures like that women are expected to be kind, collegial, even motherly, but definitely not strong and especially not angry.

Yoho called Octavio-Cortez crazy and out of her mind. Research tells us when men get angry it’s associated with power; it’s even seen as courageous. In an article on women’s emotions and the workplace, the Gender Action Portal says that male job applicants expressing anger were more likely to be hired than those expressing sadness. With women, on the other hand, emotions, and particularly anger are inexorably tied to hormones, to centuries of tropes and metaphors where emotion comes from some dark, crazy, peculiarly gendered place.

So what should you do if someone at work name calls you in this gendered way? It’s unlikely there’ll be a reporter nearby to make the interchange viral, and equally unlikely that the name caller will stand up in front of all your colleagues, and frame an apology while invoking his own wife and daughters. So here are some things to keep in mind:

The museum world isn’t a very happy place at the moment. Too many are out of work, and recent articles report that the fiscal downturn and pandemic closures may take out one in three museums. Yet rather than caring for their staffs, museums like the Philadelphia Museum of Art, the Akron Museum of Art, the Guggenheim, and the Erie Museum of Art spent last spring as poster children for organizations who failed to acknowledge workplace bullying, gender harassment, and racist behavior until it was too late. What AOC demonstrated in her measured and inclusive response is to make clear that for her Representative Yoho’s remarks weren’t personal, but instead another instance of the type of targeted language used by men against women. She’s a busy person. She could have turned away and forgotten about it, but she didn’t. You don’t have to either. #MuseumMeToo.