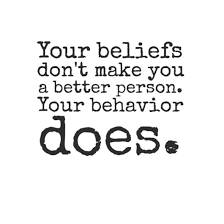 In the wake of Thanksgiving and the National Public Radio’s crowd-sourced poem I’ve been thinking a lot about kindness, and particularly kindness in the workplace. Much has been written about kindness, and not just by philosophers or poets, but scientists. Turns out that the same peer pressure that makes us flock to a particular Netflix show, buy the same cell phone or dine at the same eatery is what scientists call conformity. It has its bad side, like when you’re underage and everyone else is drinking ’til they puke so you do too. But conformity isn’t always associated with bad choices or our acquisitive natures.

Jamil Zaki is a professor of Neuroscience at Stanford, and he studies the way kindness and empathy spreads. He and his colleagues knew that people imitate others’ positive actions. They knew, for example, that if children or co-workers see someone turn out the lights to save energy or carefully recycle, they imitate that person’s actions. But Zaki wanted to know whether the spirit that powers turning out the lights could spread too, and if it did, what it would look like. To make a long story short, the answer is yes.

Why does this matter? And what does it have to do with museums? It matters because museums are workplaces and because they deal with the public every day. Museums are places to engage and learn, but they also make people happier, in part because experiencing something positive tends to stick with us longer than the momentary buzz from buying a new gadget. But imagine if, in addition to the happiness of learning and engagement, you also experienced a random act of kindness from a museum staff member. Say someone held the diaper bag while you opened your umbrella or offered your elderly aunt a chair and a glass of water. And what if your executive director not only picked up random bits of trash, but was known to work at the local food bank, donate time from her personal days off, take a staff member’s job when she’s ill? A saint you say? Maybe, but according to Dr. Zaki’s studies, your director’s positive behavior diffuses and spreads over time. In fact, it acts as a prompt for behavior throughout a given workplace which will trend toward the positive rather than the negative. Who wouldn’t want that?

That means there is actually evidence to back up the old saw about getting more flies with honey than with vinegar. It means as a leader your behavior really matters. Over time, you can, in fact, be a game changer. Not all staff can afford to work at the food bank or give their PTO to others, but Zaki’s studies show that positivity spreads in other ways. Yeah, right you say, people don’t change. But Zaki’s experiments show that in a group conformity is important. When we engage with the group in a positive way, our brains show the same patterns as if we had experienced a reward.

For those of us on the east coast, we’re a month from the shortest day of the year. Some of us leave for work in the dark and return in the dark. So isn’t this a good month to experiment with positive conformity at your museum or heritage site? Be an influencer because apparently it really works. And if you want to know more about Dr. Zaki, here he is on TedxTalks speaking about empathy, his new obsession.

Yours for a kinder workplace, 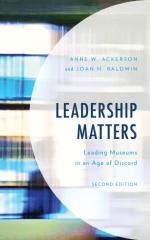 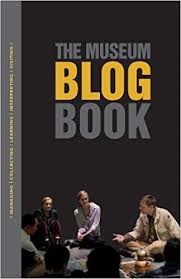