As Museum Leaders, Do You Replace or Do You Rethink? 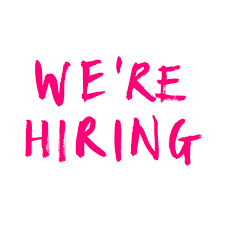 Few museums have enough money. Even big ones. Just look at this week’s headlines. The Metropolitan Tabled Its New Wing while it shaves $31 million from its deficit. Almost 400 miles to the south, the august Colonial Williamsburg laid off 40 more employees, bringing its total layoffs over 24 months to 100. These are two notable examples, but many museums and heritage organizations face similar scenarios. And even if they’re not downsizing dramatically, each hire is freighted with a sense of urgency. New staff need to be a good fit, and wherever they are in the organization they need to help move it forward, which brings us to the question of whether as a museum leader, when you hire, you replace a position or rethink it.

Let me interject here with a little story. I know someone who was hired two months ago to replace a long-time employee. As is the case with many individuals who’ve spent decades in an institution, what the outgoing employee did was a bit of a mystery. Myriad things had attached themselves to her job description like barnacles either because she was good at them or someone asked her to do them and she never stopped. Conversely, there were things she jettisoned because she didn’t like them or wasn’t good at them. None of that web of “all other duties as required,” was included in the job description which was bland and boiler plate. The leadership agreed only that the position needed replacing without actually talking through what it wanted and what would be best for the organization. The new hire, whose resemblance to the outgoing employee is minimal at best, has found her acclamation hampered by the gap between what some of the leadership imagined for her position and what is actually written. And what is written is so useless that she is called to task for “not doing her job.” Yet who knows where the boundaries of her job really are? She consults with HR too often, and remains frustrated that what was offered is not reality. It’s not a good situation. And it’s definitely a waste of talent, time and money.

Admittedly this is an extreme example, but it comes from not pressing pause long enough to really talk about a new hire. These discussions shouldn’t be personal. It’s not about denigrating the outgoing employee; it’s about saying what does the museum need now? This should be the fun part. The in-a-perfect-world part I would hire a person who can do X,Y, Z. Once you identify what you need that’s new, you can go back and unpack the old job description to determine what the organization can’t live without. Some of those tasks may end up parceled out to other employees, while others will be included in the new hire’s job description. The point is only that even if you have buckets of money, it costs money to replace staff. Work slows while you cover for an empty position, and if your orientation program is poor, it may stay slow while the new hire tries to figure out her place.

As in so much of leadership, it’s better if you are intentional. Think a problem through. Talk to staff. Discuss what you need. Then act. Then don’t assume it’s all fixed. For goodness sake check in with your new employee. You may think you speak clearly, but that’s not always how people hear you. Make sure new staff are happy, challenged and understand their role.

Last, but not least, if you’re a wanna-be museum leader, a current leader, or a long time CEO, know that not all staff leave of their own volition. Firing is part of your job description. You may never have to act on it, but it’s a facet of the hiring process that everyone in leadership copes with. So, again, be intentional. Don’t hire a new employee simply because she’s 180 degrees different from the one you let go. Know your organizational needs, measure them against her strengths. Then decide. As a leader, your job is to drive your organization into the future with as much imagination and grit as you can muster. Make sure you have the staff you want on the journey.

One Comment on “As Museum Leaders, Do You Replace or Do You Rethink?”