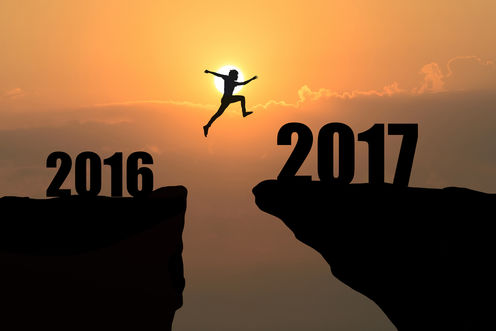 2016 was a year of unending politics, the unexpected deaths of cultural icons, enough global warming to open the northwest passage, and way too many police shootings. Yet here, in the calmer waters of Leadership Matters, we continued to grow. We more than doubled our views, moving from 23,529 in 2015 to 55, 723 in 2016. Although most of our readers live in the United States, people around the globe, from Russia, India, Canada, Uzbekistan, Malta, Greenland, Rwanda and many, many more, continue to find us. Wherever you are, thank you. We’re honored to be part of a community of concerned, open and interested museum leaders.

If you are new to Leadership Matters, here are some of our most popular postings for 2016: Museums and the Salary Conundrum; The Salary Agenda; The Top Ten Skills for Museum Leaders; Do Museum Staff Work for Intangibles?, and When You’re Not a Museum Leader: Seven Ways to Act Like One.

And we didn’t just write blog posts. We finished the manuscript for Women in the Museum: Lessons from the Workplace, which we expect will be published by Routledge in May 2017. We spoke at AAM in May and NEMA in November. We worked with a group of like-minded colleagues to found Gender Equity in Museums Movement or GEMM, and to release the GEMM call for action which you’ll find in a pdf on the right side of this page.

Suddenly it’s a new year, and we have to do it all again, only differently, with equal or more imagination and energy. So we thought we’d begin with a quote from Lin-Manuel Miranda, the force behind the award-winning musical Hamilton, taken from The Daily Beast, December 27, 2016. Miranda was asked about the soul-crushing (for some) results of the presidential election. Here’s part of his answer.

We love this answer. It responds to the sadness many of us felt having ended up on the losing side of the Electoral College, but it acknowledges the hope and the energy that museums need to move forward, meaning if you’re an engaged leader of a value-driven organization that’s plugged into your community, you will move forward. You must move forward. You will fight for what you believe in–in museum offices, exhibition spaces, historic sites, and in your programming–and that is a tonic.

How can being engaged with communities or working for equal pay for women of color, as well as queer and transgender colleagues in the museum field be a bad thing? And how about committing to raising museums’ consciousness about bias? Wouldn’t that be an important goal as well? And isn’t it about time all museums were value-driven? Values are not just something left to sites of conscience. Every community has things it cares about, and its museums (and their leaders) should reflect those cares.

So..as we look toward 2017, we’ll leave you with another quote from the poet Mary Oliver in her new book Upstream. “For it is precisely how I feel, who have inherited not measurable wealth, but, as we all do who care for it, that immeasurable fund of thoughts and ideas, from writers and thinkers long gone into the ground–and inseparable from those wisdoms because demanded by them, the responsibility to live thoughtfully and intelligently. To enjoy, to question–never to assume, or trample. Thus the great ones (my great ones, who may not be the same as your great ones) have taught me–to observe with passion, to think with patience, to live always caringly.”

Take Ms. Oliver’s words to heart. Bring passion to your observations, be patient about your work, and live with care for others especially your colleagues.